As decreased mobility and balance became significant issues we began a gradual installation of grab rails from the start of 2019. This has accelerated during the middle part of 2020 and there are now 44 grab rails installed throughout the bathrooms and house in general.

The other major alteration has been the installation of a stairlift on the front steps. While there are only 4 steps involved, negotiating them was becoming a major obstacle for Ann.

The addition of the stairlift has been one of the most worthwhile aids we have installed. It is a standard Acorn brand stairlift weatherised for outdoor installation. We opted for the automatic seat turn at the top of the stairs and the powered footrest so there is no bending down to lower or raise the foot rest.

There are now 22 screw on and 22 suction attached grab rails throughout the house.  Apart from the 4 glass lifting suction tools used by tradesmen, all of the other 18 suction grab rails are assisted living standard products.

All of the 22 screw on rails are assisted living standard products.

Suction attached grab rails are only a steadying device. They are not designed to hold a load and generally can not be used for pulling oneself up from say, a sitting position.

That is why we have toilet surrounds, so Ann can use the hand rails to raise herself up from the already raised toilet seat.  That is what the unit is designed for.

This high number of rails, while not exactly adding to the aesthetics of the house, has made it so Ann can move around the house, without using the walker, knowing there is a secure grab rail almost always within reach.

This is all about fall prevention. 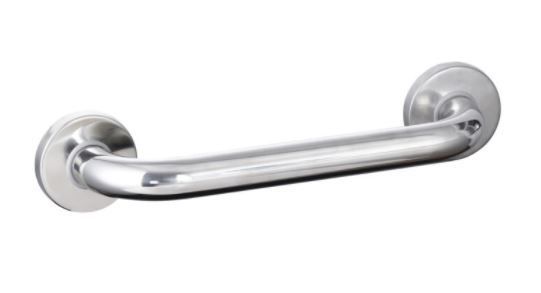 Definitely not the latest in Kitchen design, but there are 9 very much used grab rails in this photo.

The idea that all these grab rails create dependence is really not relevant with Parkinson's.

There are often uncontrolled movements where things like grab rails can prevent bad events happening.

The red suction rails are glass and sheet metal lifters used by tradesmen and hold 4 times the weight of the assisted living suction rails at around a third of the price. 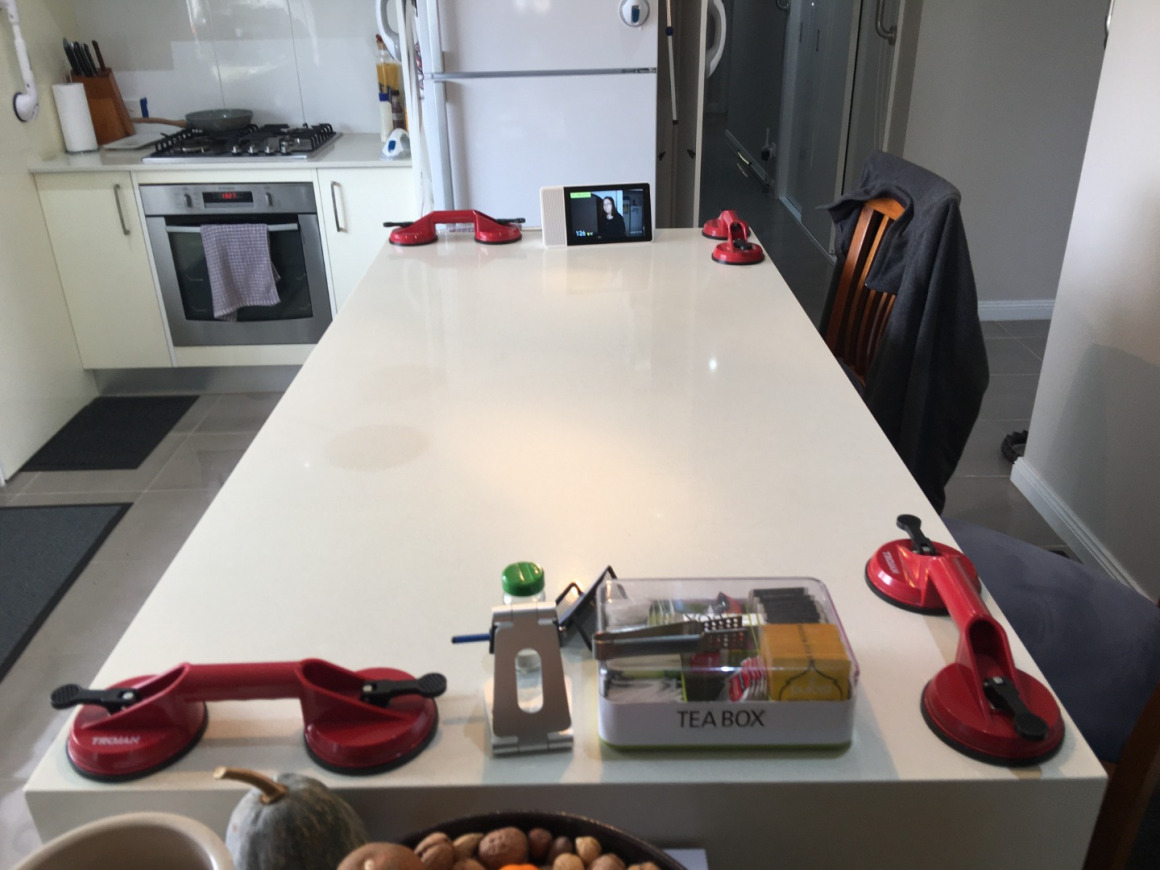 This has certainly been an invaluable addition in our management of the mobility issues facing Ann. 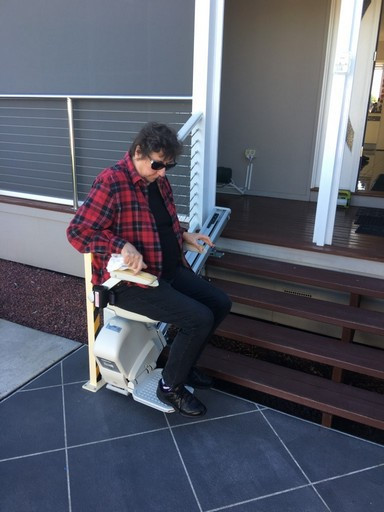 There have been three posts added since installation. The top and bottom ones are to provide a stability point when Ann dismounts the stairlift.

The middle post is there because we had one spare.!

But it is also used by some visitors who do not use the hand rail on the right hand side and suddenly find themselves needing something to grab onto.

We do, after all, live in a Village where the average age is well into the late 60's and early 70's.

These posts are all swimming pool fence posts which are readily available in a variety of heights are are easy to install. 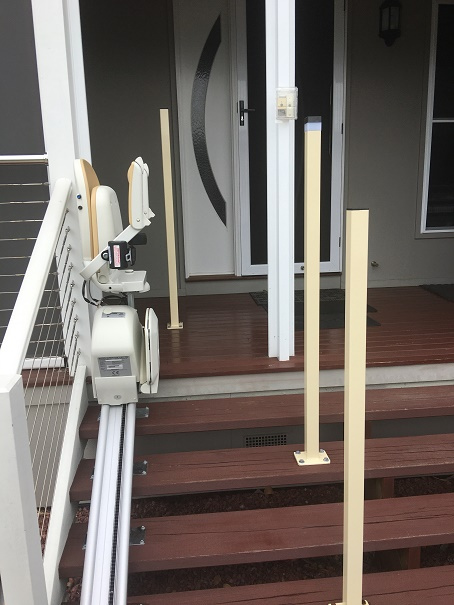 Similarly with the entrance hallway. There are 5 screw on hand rails in this photo all aimed at providing a safe passage into the house.  Two at the door itself and three on the walls. 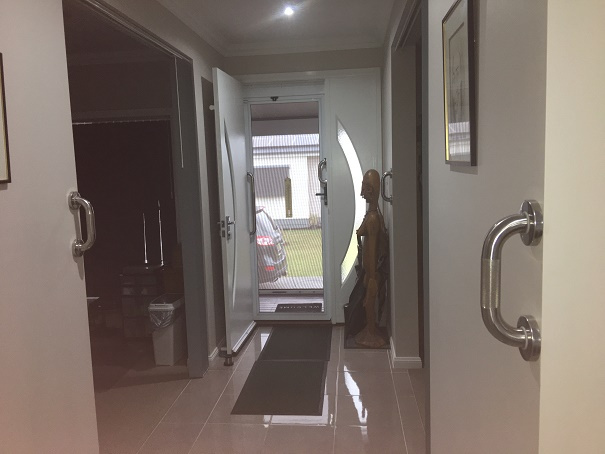